The prominent Sydney architect Bertrand James Waterhouse designed the house in 1935. It was built during the same year on what was previously a bush block.

The first owner was Malcolm MacKinnon, the Principal of Sydney Technical High School, who lived in the house with his wife. David Maxwell (known as Max) Carment, a chartered accountant and company director, purchased it for 10500 Pounds in 1951. He lived there with his family until selling it in 1973 to a Mr Gordon, who also used it as a family home. There were other owners until the house was demolished to make way for a new residence in 2007. It appeared to be in good condition at the time of its demolition. Demolition also involved almost complete destruction of the garden and levelling of most of the site.

The house was a split level brick bungalow on the side of a steep hill sloping towards Taylors Bay. It originally had 16 rooms of greatly varying sizes, three fireplaces, a bush house, terraced garden beds and sweeping harbour views. There were more than 50 steps from the house to the road. The Carments added a garage, insect screens on all windows to deal with the huge numbers of mosquitoes that bred in the nearby bush, three more rooms in what were originally the downstairs workshop and storage areas, a front deck, a swimming pool, and an inclinator lift from near the house to the garage. Flat stone terraces replaced the back and front lawns. Later owners changed the configuration of some rooms.

In 1951 there was a house next door at 24 Iluka Road. There were five vacant bush blocks between 26 Iluka Road and its next door neighbour on the other side. All these blocks were built on during the 1950s and 1960s. By 2014 many of Iluka Road’s original residences had been demolished and replaced. Their new, usually smaller, gardens were dominated by hedges and lawns with far fewer flowers than the old gardens. 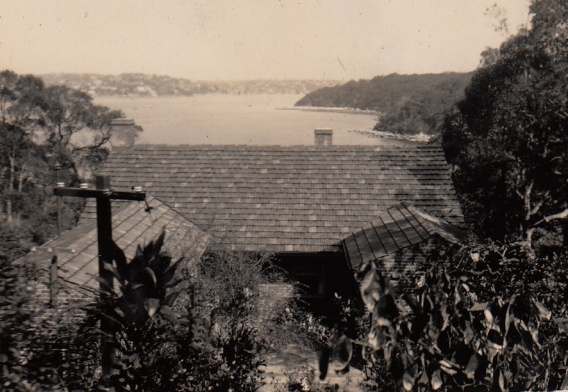 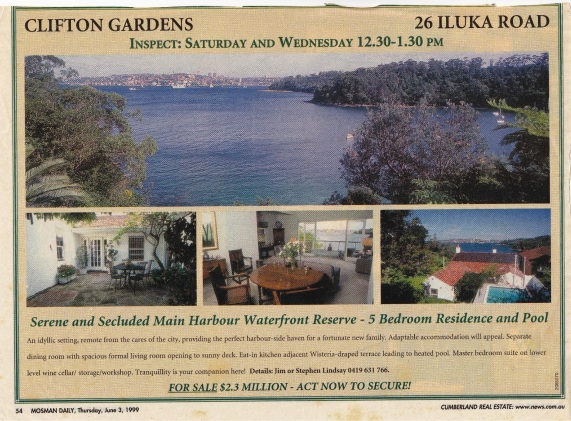 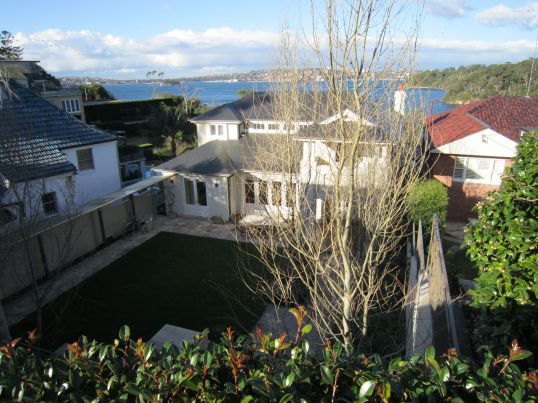